Back to Articles | « Previous | Next »
Home » PH, rest of the world, feeling deadly heat not expected until end of century

PH, rest of the world, feeling deadly heat not expected until end of century 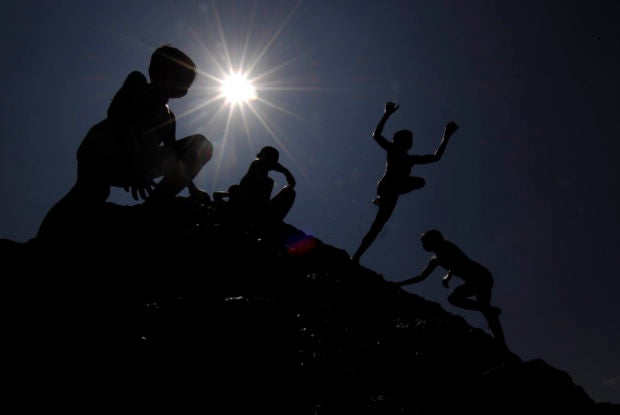 PH, rest of the world, feeling deadly heat not expected until end of century

The Philippines, along with much of the rest of the world, is experiencing unprecedented levels of heat and humidity that came decades earlier than scientists predicted these to be the new normal at the end of the century yet, according to a new science report.

Extreme heat and humidity rarely experienced by humans are becoming normal now, tens of years ahead of predictions by scientists that such phenomena would be regular occurrence by the end of the century, said the report in The Earth Institute of Columbia University.

These are sending heat indexes, or the heat that a human body feels, soaring past records around the globe, said the report.

The report, released last May 8, said thousands of previously rare or unprecedented bouts of extreme heat and humidity had been found in Asia, Africa, Australia, South America and North America.

“Most everyone knows that humid heat is harder to handle than the ‘dry’ kind,” the report said.

“And recently, some scientists have projected that later in the century in parts of the tropics and subtropics, warming climate could cause combined heat and humidity to reach levels rarely, if ever, experienced before by humans,” said the report.

“The projections are wrong: Such conditions are already appearing,” the report by The Earth Institute said.

In the Philippines, monitoring by the weather bureau showed heat index averaging 40 degrees Celsius almost daily for the past several weeks already.

An INQUIRER.net report said just last Saturday (May 9), the Philippine Atmospheric Geophysical and Astronomical Services Administration (Pagasa) recorded a heat index of 50 degrees Celsius, half the boiling point of water, at Sangley Point in Cavite province.

In 2019, still according to an INQUIRER.net report, Pagasa recorded a heat index of 52.2 degrees Celsius in the province of Catanduanes.

Copyrights of the Climate News articles belong to the respective Media Channels.
This Climate News portal is non-profit and politically non-dependent forwarding readers to The Current Global Climate News